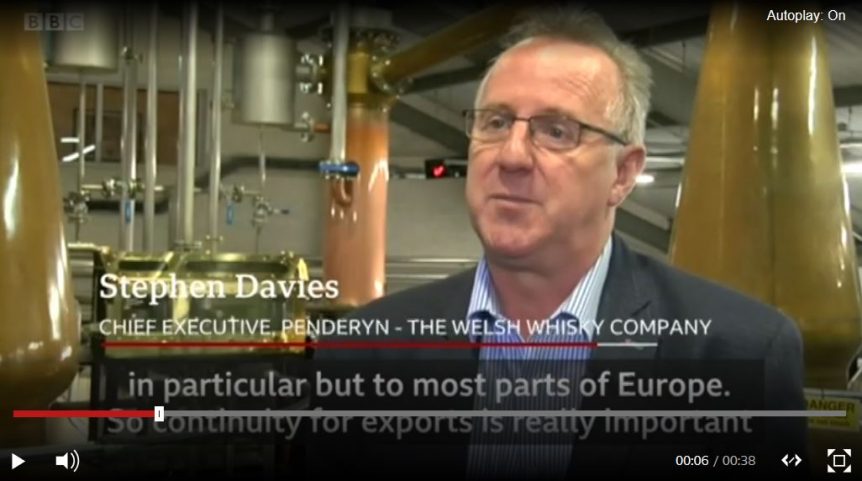 The BBC paid us a visit last week to speak to Stephen Davies, our CEO, about Penderyn’s view on Brexit. You can watch the video here. Penderyn are backing a joint CBI and NFU letter to 40 Welsh MPs lobbying them to support the UK government’s Brexit White Paper.

Downing Street said the blueprint for future trade relations with the EU, hammered out in July, was deliverable, but there has been criticism within Conservative ranks and many big guns are criticising the cabinet from the fringes. Stephen said his main concern was the continuing uncertainty and any problems in importing and exporting would be an issue – with ‘no deal’ being a worst case scenario. As we sell our award-winning whiskies and spirits across Europe this is clearly a major issue for us.

The whys and wherefores of how the vote went are for another time, but it does seem unbelievable that in bringing the referendum no-one had a plan for what might happen should the majority vote for Brexit. Now the government seems to have a plan, but will MPs vote for it? And what happens if they win and we get a ‘no deal’? This uncertainty is a clearly sorry state of affairs for everyone in Wales and the UK.