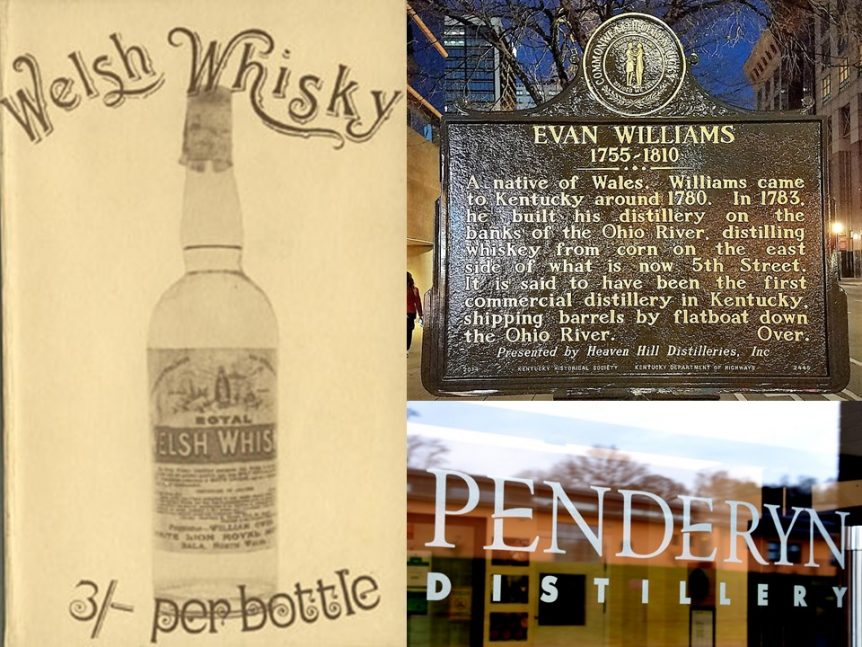 Whilst there were stills in Wales dating back to the Middle Ages, it was Evan Williams who put Welsh distilling on the map. In 1705, he left his family’s distillery in Dale, Pembrokeshire and set off to America, establishing himself as a founding father of the Kentucky Bourbon industry.

Later, in 1889 a small fortune was spent on a distillery in Frongoch near Bala. Sadly, the temperance movement and the fact that it wasn’t taken seriously outside, or even inside, Wales meant the distillery closed down in 1903.

Twelve years later, in 1915, Prime Minister David Lloyd George, the only Welsh person to hold that role, introduced the ‘3 years and 1 day’ whisky rule. This was to shut down illegal stills during the war which were damaging the war effort. This accidentally created the premium whisky industry.

Fast forward to 1999, and a group of friends in the Glancynon Inn, in Hirwaun in the South Wales valleys, were talking about the fact that there wasn’t a Welsh whisky. They decided to establish a distillery. A unique still was found and the landlord of the pub, Alun ‘The Glan’ Evans had a wine warehouse in the village of Penderyn, with a borehole which drew natural water from the Brecon Beacons and this was the beginning of Penderyn Distillery. The first bottle of Welsh whisky was produced on St David’s Day, 2004.

Only a handful of countries were distilling in 2000, but now dozens of countries produce whisky. This means that, like Evan Williams, Penderyn is also a pioneer in the world whisky industry. Nowadays Penderyn Whisky is exported to 50 countries, and has won over 70 international Double Gold and Gold medals. Penderyn is expanding, and opened a second distillery in a Grade 2 listed school building in Lloyd St, Llandudno in May 2021, and a future one in Swansea later in 2022.

Now a few other Welsh distilleries have now emerged, and Stephen Davies, Penderyn’s CEO, has been working hard to establish a Welsh Whisky Geographical Indicator: “We’re seeing the creation of a new premium spirits industry in Wales and we are thrilled to have been the catalyst for that. This will enable the sector to ringfence the quality and reputation of Welsh whisky as a prelude to taking on the mighty Scottish and Irish distilleries.”

From humble beginnings, Welsh Whisky is now very much established on the international whisky map, with Penderyn being the home of Welsh whisky!

(This article was featured in the North Wales Magazine June edition.)