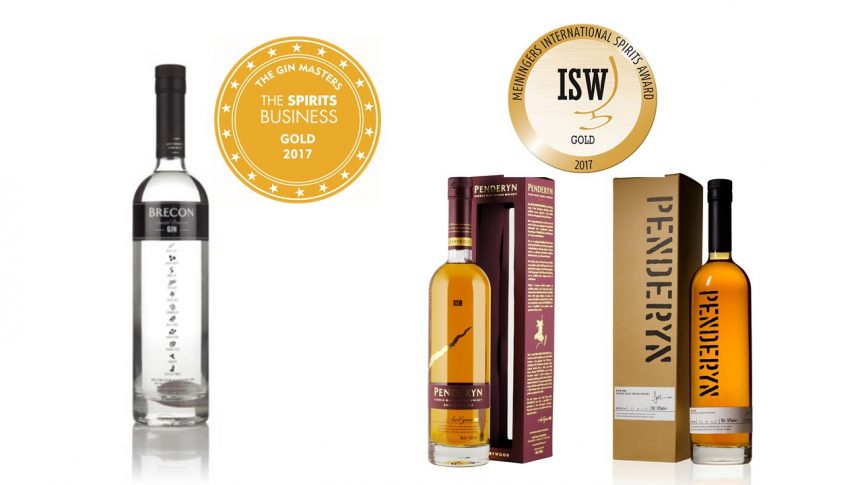 Meiningers, the publishing house, was founded in 1903 by Daniel Meininger in Neustadt, Germany. With his trade magazine ‘Das Weinblatt’, a weekly publication dedicated to ‘real viniculture and the wine trade’, he started a publishing house which, now in its fourth generation, is synonymous with journalistic expertise in the fields of wine, beverages and gastronomy.

Stephen Davies, Penderyn’s Chief Exec, said, ‘After the wonderful success of our Brecon FIVE Vodka winning gold at the International Spirits Challenge in June, it’s fantastic that our gin and single malt whiskies have again been recognised as among the finest in the world.’

The ‘gold seam’ which features on our 46% abv whisky range bottles is becoming more and more appropriate!