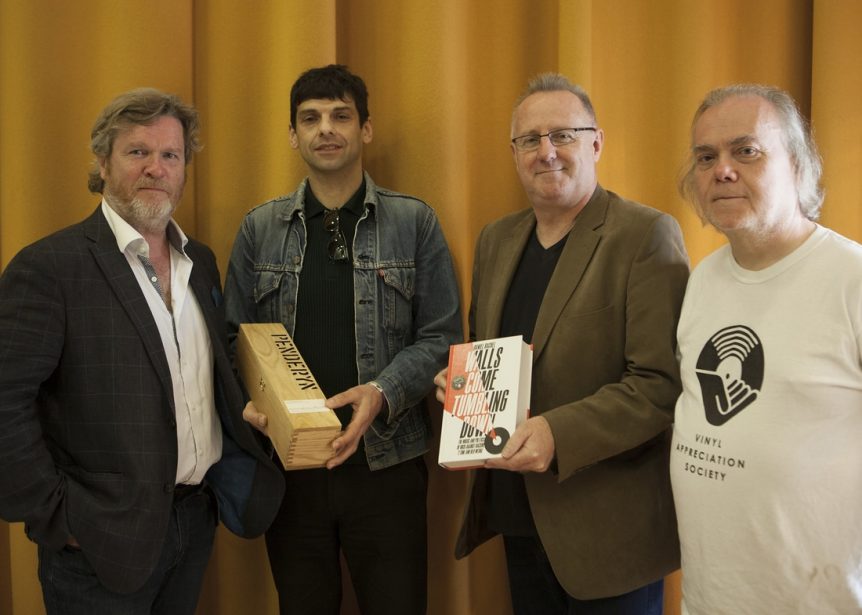 The Mercury Prize of Books’ – NME

The Penderyn Music Book Prize is the only UK-based book prize specifically for music titles including history, theory, biography, autobiography. The 2017 award ceremony took place at the Laugharne Weekend, on Sunday 9th April.

‘I am so thrilled to receive the Penderyn Music Book Prize. The last time I won a prize was the tombola at St Christopher’s Children Home when I was 8. It was the same day, I was inadvertently driven into a National Front march in the middle of Birmingham city centre. That moment was the genesis for Walls Come tumbling Down, via much skanking to 2 Tone Records and a healthy shot of anti-Thatcherite songs from the Red Wedgers to shake up my hard-core Tory upbringing. This award is a tribute to the 100 or more contributors to the book whose actions and songs changed our country’s cultural landscape and a reminder to tomorrow’s heroes that pop music can change the world.’

‘This is a triumphant oral history.’
John Harris, The Guardian