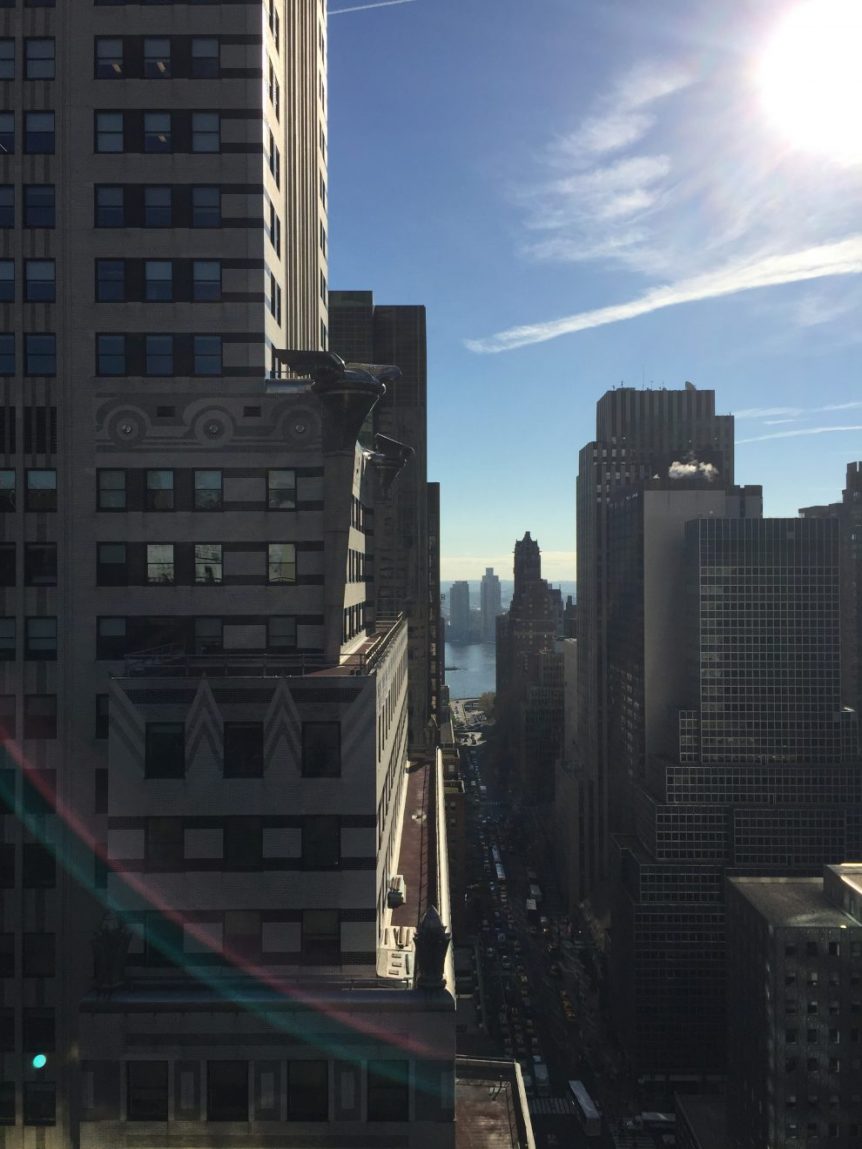 Penderyn Distillery had a very successful week in New York. Sian Whitelock, Brand Director, and Jon Tregenna, Media Manager, went to the three Welsh bars in New York – the Longbow and the newly opened Sunken Hundred in Brooklyn, and the Snowdonia in Astoria. A whisky tasting was held in the Sunken Hundred (pictured) and among the large number of guests was actor Matthew Rhys, pictured with Illtyd Barrett, bar owner, Rhys Ifans lookalike and a Milford boy. The team also attended WhiskyFest in Times Square where Penderyn went down very well. A Jewish rabbi and some of his congregation came up to the stand and the rabbi announced to the room that if there was an eleventh commandment it would have been, ‘Thou shalt drink Penderyn!’ Whilst there our team took a trip to the roof of their hotel which afforded spectacular views of the iconic Chrysler Building, and back on ground level saw the Batmobile on a tow truck. Penderyn Madeira 46 is already available in New York, and the plan is to increase more of our lines there and across the US. We’ll be back!