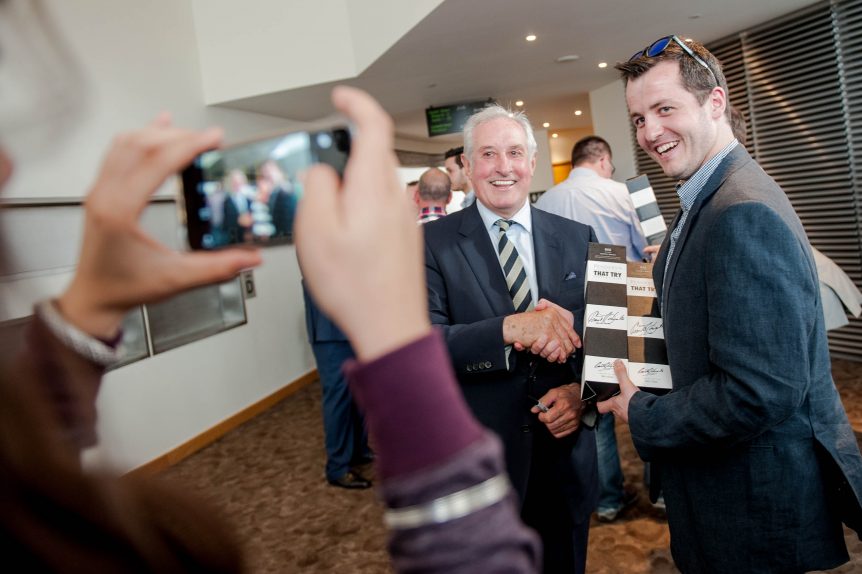 Wednesday 10th June saw the launch of That Try, a 41% abv Peated Single Malt (the latest in Penderyn’s Icons Of Wales series) at the Penderyn Bar in the Wales Millennium Centre in Cardiff. That Try celebrates Gareth Edwards’ famous score for the Barbarians against the All Blacks in 1973, widely regarded as the greatest try ever seen.

The Club Members enjoyed whisky tastings of Legend, Rich Oak and of course, That Try. There were speeches by Nigel Short of Penderyn, Llanelli Scarlets and Brown’s Hotel Laugharne fame; as well as MD Stephen Davies, designer Glenn Tutssel and Sian Whitelock, our Commercial Manager who organised the event.

Sian said, ‘This is the first time we’ve held such an event outside the distillery and it was a huge success.’ One highlight was when Ponty rugby legend Tom David gate-crashed the stage to tell everyone that he was Gareth Edwards’ son, and that he should have credit for the famous try after his ‘50 yards’ run allowed Gareth Edwards to simply ‘flop over in the corner’