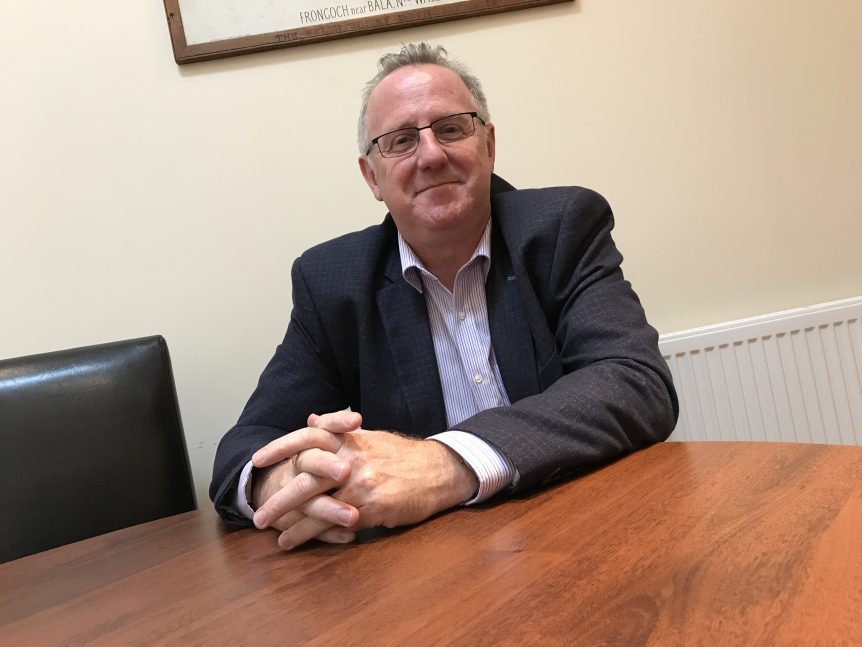 Our CEO Stephen Davies appeared om SKY news this morning. He talked about our new bottle, Hiraeth, which is the 8th in the Icons of Wales series. Stephen defined the largely untranslatable word, ‘Hiraeth’ which the BBC’s Roy Noble described as,

“…a longing for your homeland, your heritage and your very being”

Stephen talked about delays in producing this bottle with bottle supplies, case supplies and transport issues. This means we only have a small amount of stock in our Brecon Beacons and Llandudno distillery shops. It will appear on our Online Store as soon as we have another supply.

This whisky is an ex-Bourbon cask finish and is bottled at 46% abv, and the first time Penderyn have released a core range single malt using mainly spirit from the pot stills we introduced in 2014.

The Welsh language is one of the oldest in Europe and one of the most evocative Welsh words is ‘Hiraeth’, which Penderyn celebrate with this Icon of Wales edition, which is number 8 in the series.

So what does this word ‘Hiraeth’ mean? Well, it’s not easy to translate into English, which means it has a sort of magical quality. Some definitions include, ‘belonging’, ‘homesickness’, ‘regret’, ‘nostalgia’, ‘wistfulness’ or a ‘yearning for a home to which you cannot return’, or indeed ‘for a home which may have never been’. Another definition is ‘A sense of loss for an ancient land,’ as Wales was a dynamic and flourishing country in medieval times. Penderyn are proud to be a Welsh company and part of the renaissance in Welsh manufacturing in a country which is increasingly becoming more optimistic.

Hiraeth is a powerful word, especially to the Welsh people around the world, and as Penderyn is now in over 48 countries it seemed a perfect ‘Icon’ to celebrate Wales and ‘Welshness.’