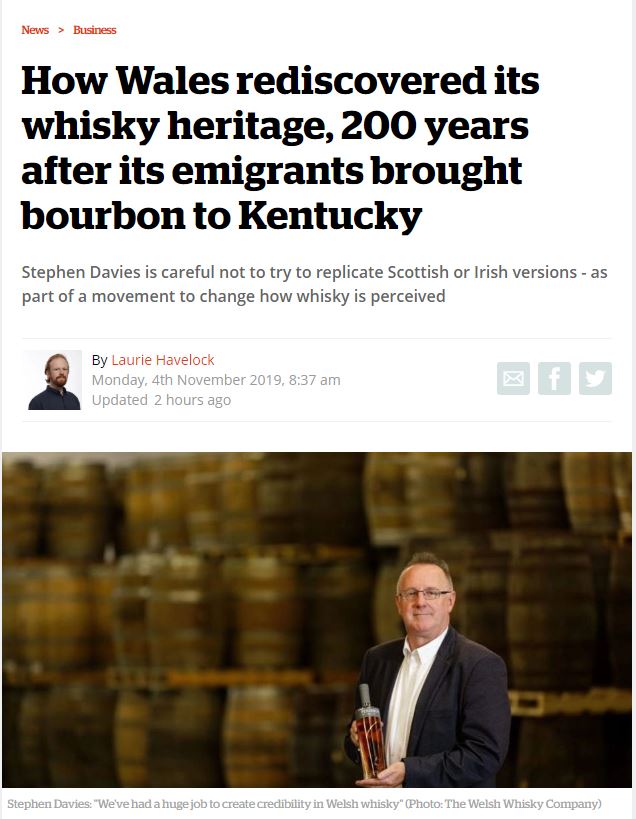 Following on from our recent article in Metro, Stephen Davies, Penderyn’s CEO has been interviewed for inews:

‘Stephen Davies, chief executive of the Welsh Whisky Company since 2005, points out that Wales has a long – if inconsistent – history with the drink. It was a Pembrokeshire man, Evan Williams, who brought distilling to Kentucky at the end of the 18th century and cemented himself as the ‘founding father of the bourbon industry’ and whose distinctive bottles inspired another local, Jack Daniels – to start in the trade.

Read the full article on the inews site by clicking here.