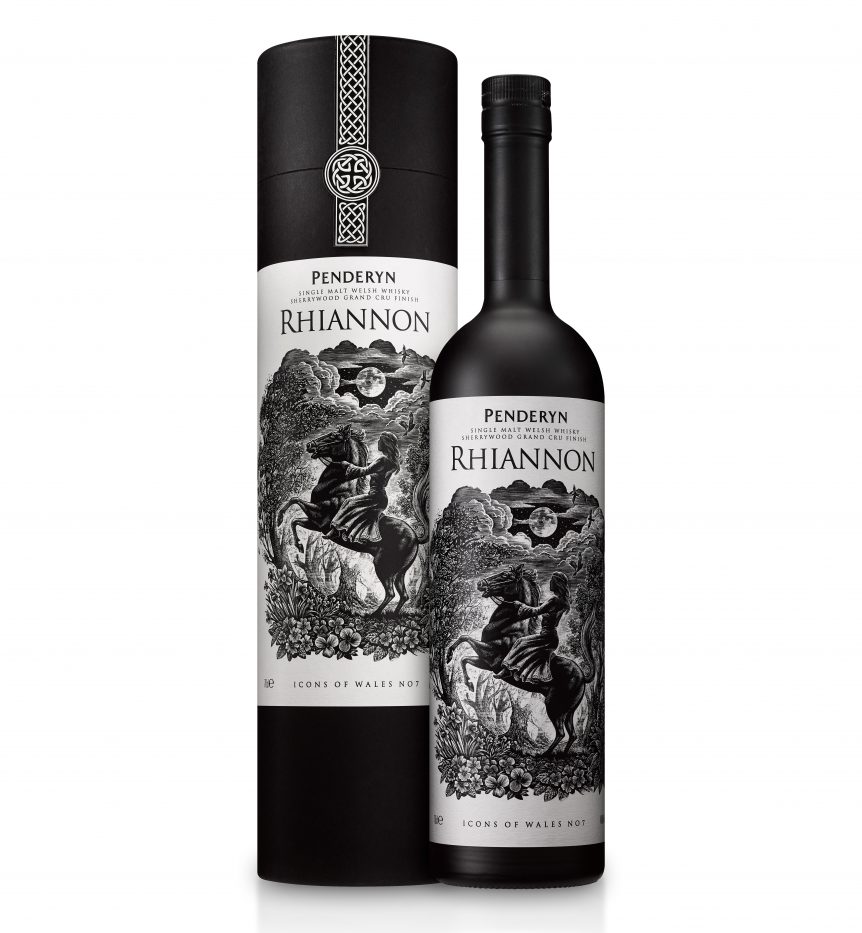 We are delighted to announce the 7th in our Icons of Wales Series. ‘Rhiannon’ is a Sherrywood Grand Cru finished whisky at 46% abv. You can order online here.

Written in the Welsh language in the 11th century, The Mabinogi are the earliest prose work in the history of Britain. They were transcribed from the oral tradition and have since been translated into many languages. The Mabinogi is generally agreed to be a single work in four parts, or ‘Branches.’ The interrelated tales deal in mythology, history, political themes, romances and magical fantasies.

The stories feature strong women characters, and none are stronger than Rhiannon – an enchantress and a horse goddess who could ‘out-run any pursuer even whilst riding slowly’. She was famed for being intelligent, generous, strong-willed, otherworldly, adept at strategic planning and gifted with both supernatural and physical powers. On her journey Rhiannon uses magic to rid herself of a suitor, is falsely accused of infanticide, and later becomes one of only four survivors of a magical thunderstorm. Rhiannon in Welsh means ‘Great Queen’ or ‘Divine Queen.’ Her parents were the Fairy King and Queen of Gwent (in reality a sizeable Welsh Kingdom of ancient Britain), who educated her to handle sovereignty and governance. Rhiannon also possessed a number of magical birds who could soothe the living into a deep slumber, or wake the dead from eternal sleep.

Rhiannon later became the subject of Stevie Nicks’ song on the eponymous Fleetwood Mac album (1975): ‘She rules her life like a bird in flight…’ More recently Rhiannon has turned up in modern fantasy novels.

Wales is a mystical and mythical nation, and some talk of Penderyn’s ‘magical powers’, but it’s certainly true that Wales has a long story-telling tradition and Penderyn Single Malt Welsh Whisky is the perfect accompaniment to any good story.