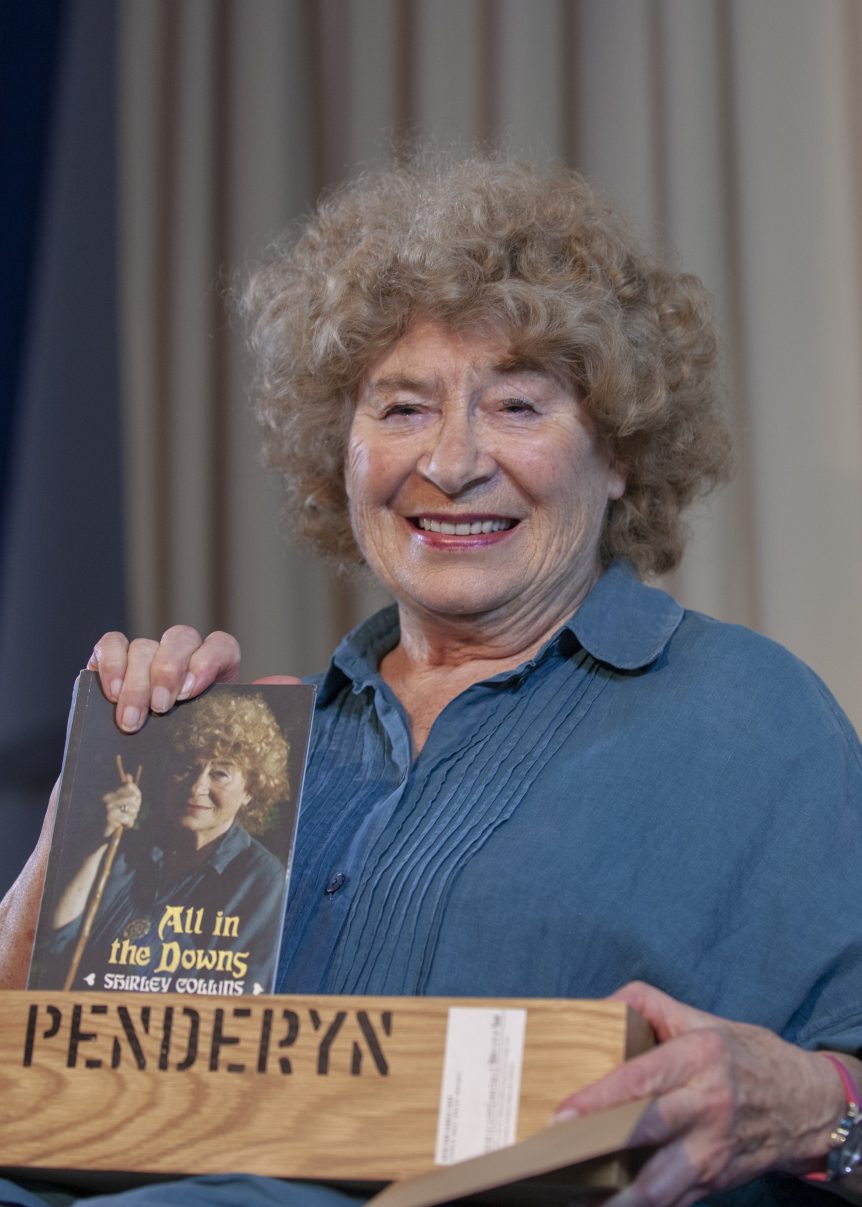 This year’s prize was won by folk legend, Shirley Collins, who collected the award at the Laugharne Weekend on Sunday 7th April from our media manager, Jon Tregenna. The prize was a bottle of Penderyn Single Cask Whisky and a cheque for £1000.

This is the 5th year of the prize and it was a close run thing as the judges (including footballer Pat Nevin and Chris Difford from Squeeze) were torn between which of the short listed books – which included books by the Beastie Boys and Brett Anderson of Suede – should win.

Shirley told us afterwards that she was very thrilled, and, ‘… as a folk singer we never made any money, so the cash will come in handy!’ For more info please go to: www.penderynprize.com

‘…Collins completes her comeback, reclaiming her rightful place in the English folk revival from those who placed obstacles in her way’ – New Statesman