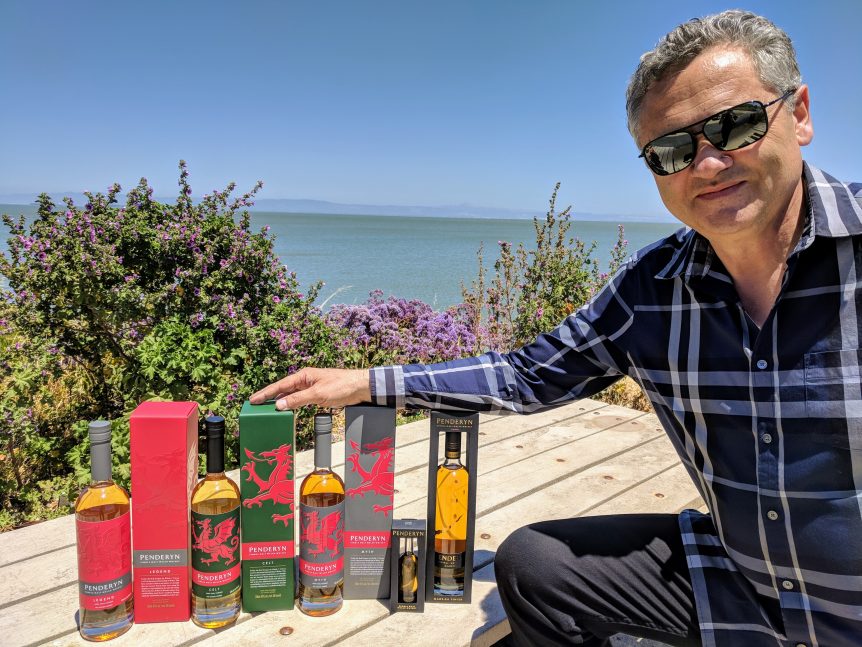 It was Independence Day yesterday and Penderyn Distillery is delighted to announce that, in partnership with highly respected distribution company ImpEx Beverages in South San Francisco, we have expanded our range of Penderyn Single Malt Welsh Whiskies available in the United States of America.

The Dragon range of 750ml bottlings have an ABV of 43%. The range consists of Legend (a light Madeira finish), Myth (a rich and fruity whisky) and Celt (an unusual smoky finish). Myth won Gold at the World Whisky Masters in 2017 and alongside Legend also won Gold in 2015, whilst Celt won Gold at the same awards in 2016. In 2018, both Legend and Myth won silver at the prestigious San Francisco World Spirits Competition.

In addition to the Dragon Range, two expressions from our Gold Range (750ml and 46% ABV) – Madeira and Sherrywood – are also on their way from Wales to the US. In 2017, Sherrywood and Madeira won Gold at the World Whisky Masters. Sherrywood also picked up the ISW Gold award in 2017.

This increase in our distribution to the US is due to the work of Sam Filmus and his team at ImpEx Beverages, who have specialised knowledge about introducing premium whiskies to liquor fans in the US.

Sam Filmus (pictured above) said, ‘After the success of the Dragon range at Whiskies of the World in the Bay Area this year we are receiving numerous inquiries about their arrival in the US. We can’t wait to launch the beautiful new bottle design of Madeira and Sherrywood and are anxiously awaiting their coming arrival. The team at Penderyn is very passionate about what they do and we feel it shows in their whiskies. We are excited about our partnership with Penderyn and are looking forward to its success in the months to come.’

Meanwhile, back in Wales, Stephen Davies, Chief Exec of Penderyn said, ‘The USA is a major market for single malt whisky and we are very excited about releasing five expressions of our award-winning Welsh malts. We have strong connections with the US as we use ex-bourbon casks from Kentucky in our maturation process, and there are many historical links between Wales and the US including the fact that 16 of the signatories on the Declaration of Independence were of Welsh heritage. We are delighted to be working with ImpEx Beverages who understand premium spirits and we are sure that our partnership with Sam Filmus and ImpEx Beverages will go from strength to strength.’