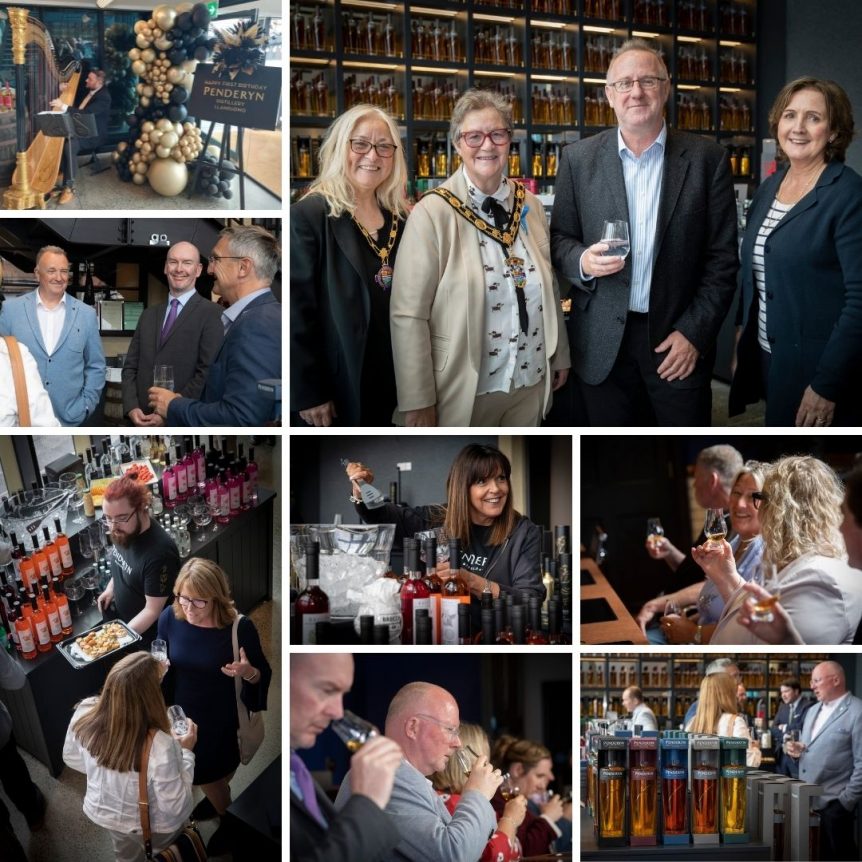 Yes, we celebrated the first anniversary of our Llandudno Lloyd St distillery opening on the 17th May 2022, and enjoyed out first birthday party.

We had balloons from Entertainment 12; 60 cupcakes from Emmazing Bakes which had some of our Madeira whisky in the buttercream and sponge; Mrs Buffet provided the savoury and sweet canapes, sandwiches and sweet treats; Gatling Magic provided the magician, and Dylan Rowlands performed on the harp. All of the above are local to Llandudno.

On the day we had free tours which were promoted on social, as well as a couple of talks by Stephen Davies, Penderyn’s CEO; and Jim Jones of Go North Wales. There was also some sampling in our Masterclass Room, held by Stephen Davies, and Laura Davies our General Manager of Distilleries.

Penderyn has quickly established itself in the wonderful seaside town of Llandudno, and won the Go North Wales Tourism award 2021. It’s also on the Red Bus Route, and is ready and primed for the tourist season.

We’re look forward to many more birthdays, and becoming an integral part of Llandudno and it’s wonderful range of tourist attractions. If you want to do a tour or a masterclass, go here, or just visit the shop which is open 7 days a week.